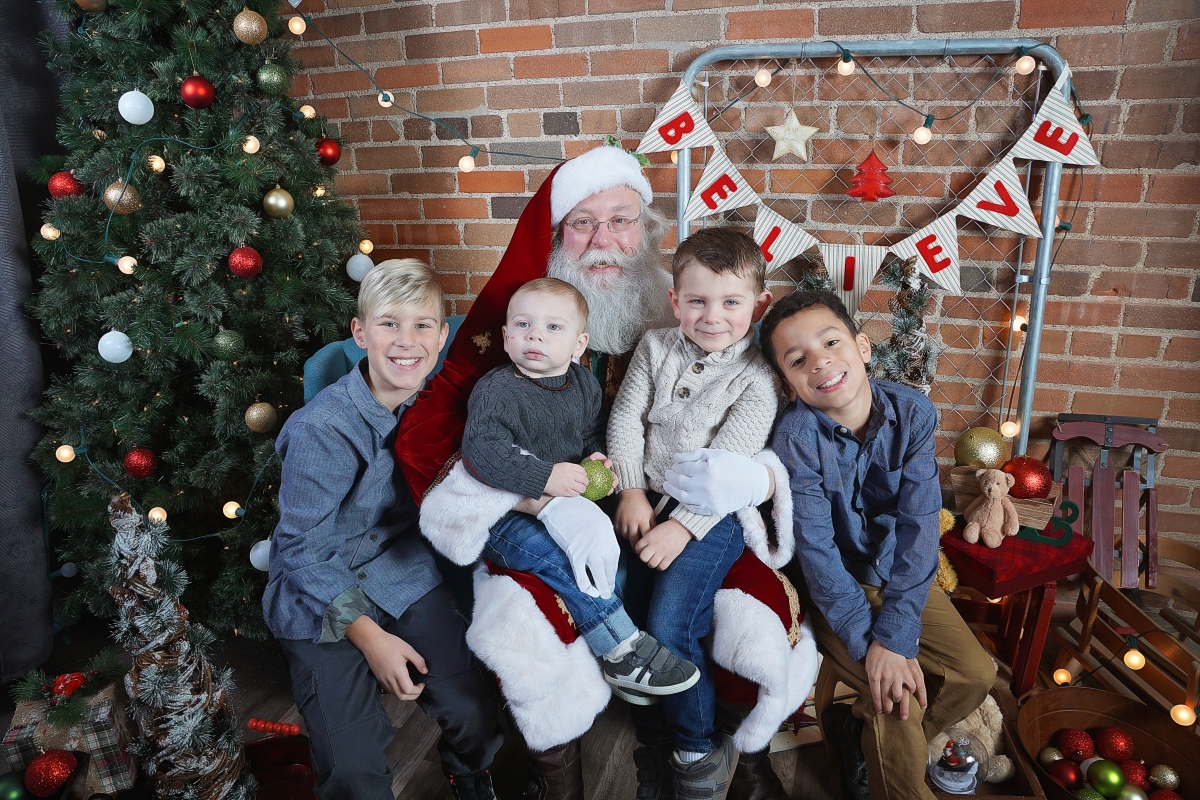 When my hubby and I met, neither one of us had any intentions of getting into a relationship. We both had complicated situations going on and we both already had children. Fortunately for us, life had different plans for us and here we are 8 years later, married with not only the two children we brought into the relationship but two new little ones as well.

One of the things that has continued to be difficult for us both is step-parenting. Because just like with regular parenting, the kids change so much throughout the years and the way you parent them has to change a little bit as well. Being a step-parent has been one of the most challenging and most rewarding things that I have ever done. Especially as our relationship continues to grow.

B was turning four when we met. Maybe I’m a terrible person, but there wasn’t an instant love, like, bond when we met. What there was, was this inherent need to keep him at a distance. What if we broke up and I not only lost the man I was dating but also this new little person? How do I form a relationship with him without getting in the way of his relationship with his mom? So many “what-if’s” ran through my mind. It didn’t help that the relationship with his mom was bumpy, always making me worry that we wouldn’t get to see him or that she would just keep him from us (which never happened, it was just one of my worries).

But people expect you to love these little people instantly for some reason. “Love them like they’re your own,” they say. The love for my stepson was one that developed over time, just like with any stranger that comes into your life, not like that of a baby that you carry for 9 months. But honestly, for me, who struggled to feel that instant love with my own child, it was even a little harder than it probably is for other people. I treated him with love and cared for him and wanted nothing but the best for him, but the love didn’t come right away. Now though, I would not only llama mama anyone who ever hurts him but I love him exactly like I carried him for 9 months.

We’ve had our fair share of struggles over the years as well. From the “you’re not my mom” fight to flat out being a jerk because he can be. There was the lying stage and the stage where he always made D ask us for everything. It really has been hard in so many ways. The hardest part was when he wouldn’t listen to the things I said, because I’m not his mom. He would constantly push back against everything and I would be chastised for punishing him and feeling sad that we couldn’t form a better relationship. It was a hard time in my life with him.

I think one of the hardest things that’s affected our relationship though doesn’t have anything to do with him at all. There is this whole other relationship that comes with having a step-child and that is the relationship with the other parent.

I know that not all step-parents have this struggle but the other parent is one that affects lots of people. This person will always be their mother or father and while you aren’t trying to replace them, the child at some point and most likely the other parent, will think that you are. There really isn’t a way to convince them that you aren’t but don’t ever give up on loving them. There will be the constant power struggles over the rules that are set and allowed. At times you will butt heads on exactly how to have duel homes with duel rules. There will be battles of will throughout. Some times you will just not get along and not agree. At some point there could be a friendship. Even if it solely revolves around the child. But what will always be there is your desire for the kids to have the best and to be loved. Because of that desire you will continue to fight the fight for them.

I love B just as much as any of my other children. And even though I didn’t give birth to him, life gave him to me regardless and I couldn’t be any more proud to call him my son. There have been times that our relationship has struggled immensely – I won’t call out any behaviors specifically but will say that things weren’t always easy. But I have watched him grow and mature and continue to become an amazing, respectful, empathetic young man that everyone wants to be around.

I don’t know that I’ve got this whole step-parenting thing down. I struggle still knowing whether or not I’m overstepping in certain areas, whether or not he feels like he is the same as the other kids and just generally trying to make sure he knows that he is loved as much as the other kids. I struggle every day trying to make sure that he is happy and knowing that there isn’t a whole lot I can do from a distance. But I will never stop trying.

That is my biggest piece of advice I can give step-parents. Never give up. No matter how much the kids butt heads with you, no matter how shitty a relationship might be with the other parent, no matter how hard it gets – and it will – NEVER GIVE UP. Because these kids need you to love them and care for them and show them that they are worth the fight to you.

If you’re a step-parent, I’d love to know your struggles and triumphs or ask me questions about mine.